Meet our experts working behind the scenes. 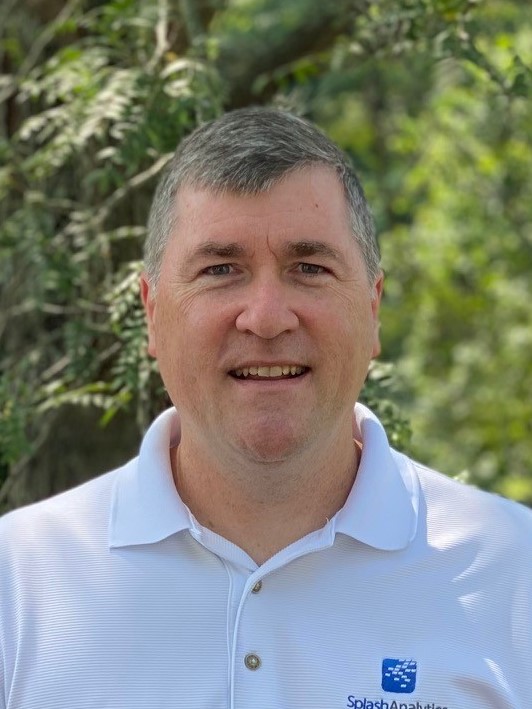 Kevin has more than 30 years of marketing, operations and technology experience including the development and implementation of analytics driven strategic marketing plans and customer relationship management infrastructures for several Fortune 1000 companies. Prior to forming Splash Analytics he spent 12 years at ACCENT Marketing Services where he served in a number of roles including President and CEO, Chief Information Officer, Chief Operating Officer and Executive VP of Marketing and Sales.

Kevin started his career by spending 8 years with GE in various engineering, operations, IT, finance, and management roles. He was trained in Six Sigma and ISO 9001 standards.

Kevin received his Bachelor of Science in Electrical Engineering from the University of Kentucky. He has served on several boards of directors, is a native of Louisville, KY and resides there with his wife and two children. 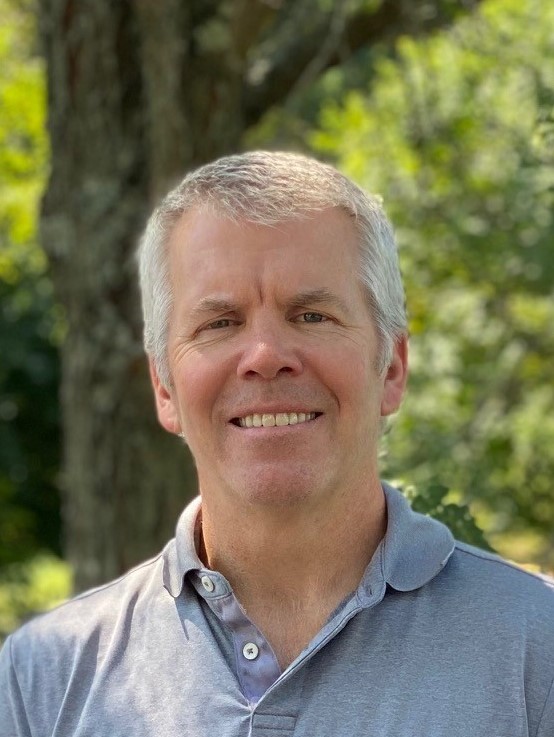 Bob has over 30 years of firsthand entrepreneurial experience creating and building companies. He is a strong proponent of corporate culture centered around staying client-focused and continually providing incremental value to customer relationships.

Bob began his career with GE in the Manufacturing Management Program. He spent 7 years in various engineering, finance, and operations management positions before leaving to co-found ACCENT Marketing Services in 1994.

Bob previously served as the President of the Board for WaterStep, an international water relief organization and as a Board Member for Best Buddies Kentucky. Bob received a Bachelor of Science in Mechanical Engineering from the University of Illinois and an MBA from Bellarmine University. Originally from Chicago, Bob moved to Louisville in 1988 where he lives with his wife and four children. 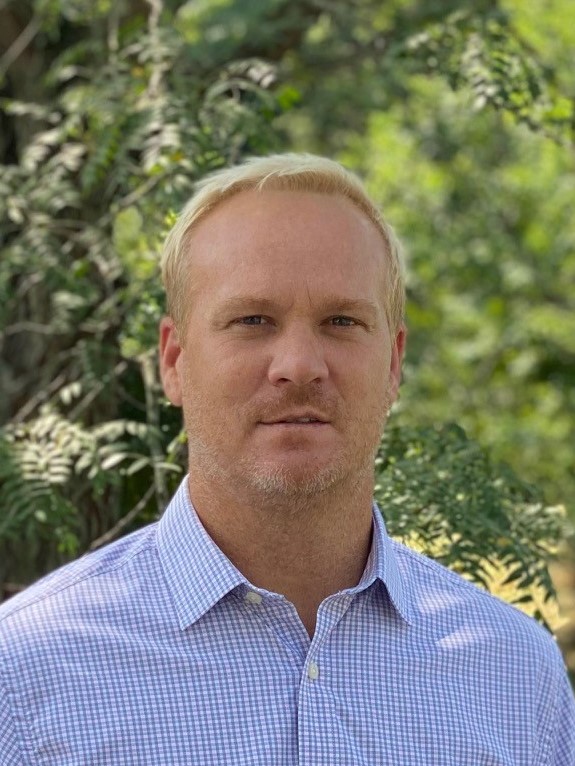 Ryan has over 25 years of statistical modeling and analysis experience in many industry verticals. His previous roles at ACCENT Marketing and Communefx gave him responsibility for all predictive modeling, hypothesis testing, and trend analysis for the company’s direct mail, call center and email programs. His expertise lies in the application and strategic use of advanced statistical techniques in consumer marketing. In 2010, his modeling application for the Whirlpool Extended Warranty Division won 1st Place in the NCDM Excellence Award for Analytics and Modeling Applications. Ryan speaks regularly on the DMA circuit and has had many articles featured in marketing publications like CRM Magazine and 1to1 Loyalty.

Brandon has over 15 years of experience in the database analytics space, focusing primarily on predictive analytics within the home appliance retail and manufacturing industry for clients such as General Electric, Maytag, Whirlpool Corporation, Sears, Lowe’s, and The Home Depot. His expertise includes predictive modeling, forecasting, and multivariate test design and analysis. He is well versed in multiple statistical programming software packages, including SAS, SPSS, and R, among others. While with ACCENT Marketing, he was the 2010 Employee of the Year in their Performance Marketing division for results achieved due to his predictive modeling work. He is also a member of the American Statistical Association. 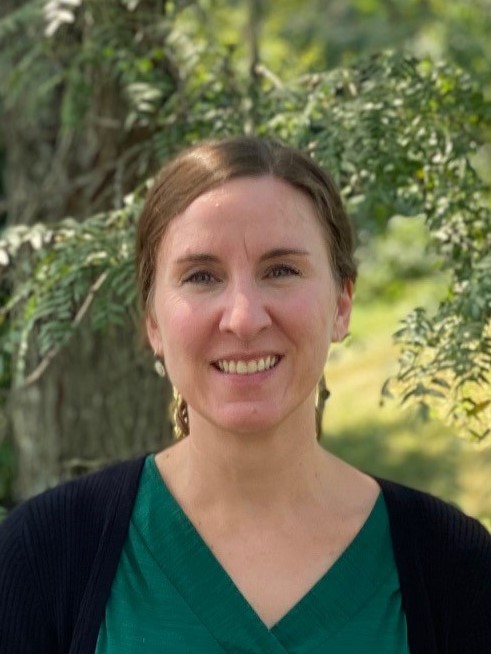 Emily has 9 years experience in data analysis and research for the Commonwealth of Kentucky. The last 7 years were spent working for the Legislative Research Commission, first as an Economist then as the Director of Research for the Office of Education Accountability. She has extensive experience in SAS. 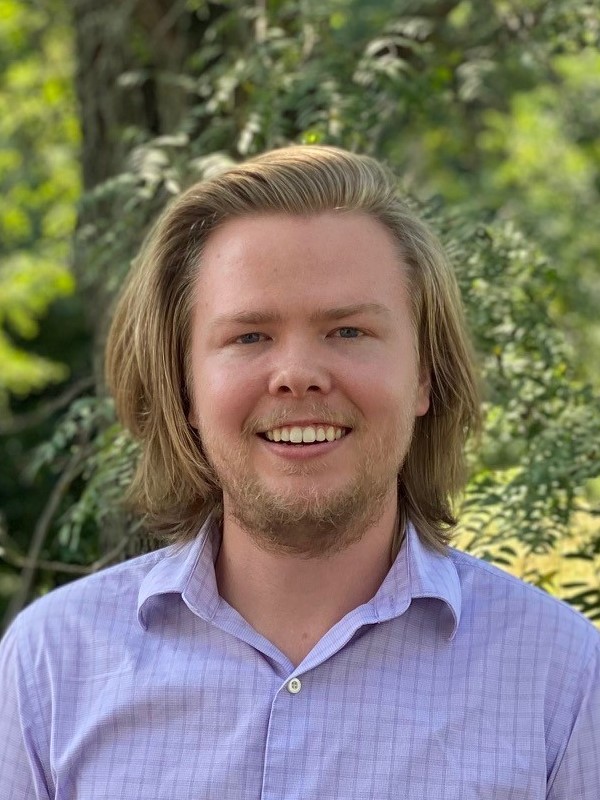 Dylan has over 5 years of analytics experience working both with non-profit and Fortune 1000 companies. Prior to joining Splash, he interned with the Cato Institute, a Washington, DC think tank. With Splash, he has worked with a variety of clients from different industries including – manufacturing, healthcare, finance, and marketing services. He is accustomed to supporting analytics projects across the entire life cycle and is particularly interested in time series data. Most of his time is spent within R, but he is also skilled in SQL, Python, and Tableau.

Dylan holds a Master of Science in Analytics from Georgia Institute of Technology and a Bachelor of Science in Actuarial Science and Economics from Bellarmine University. 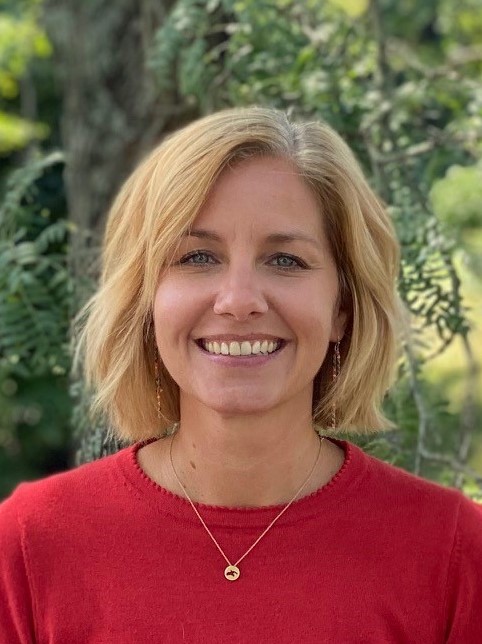 Tracie brings years of database marketing experience to Splash Analytics. She joined our team after spending 8 years in healthcare at Humana, and most recently worked as the director of CRM at CafePress. Her expertise includes campaign strategy, predictive modeling, customer segmentation, paid search and online display advertising.

Tracie holds a B.A. degree in Marketing from Eastern Kentucky University. She lives in Louisville with her husband and two children. 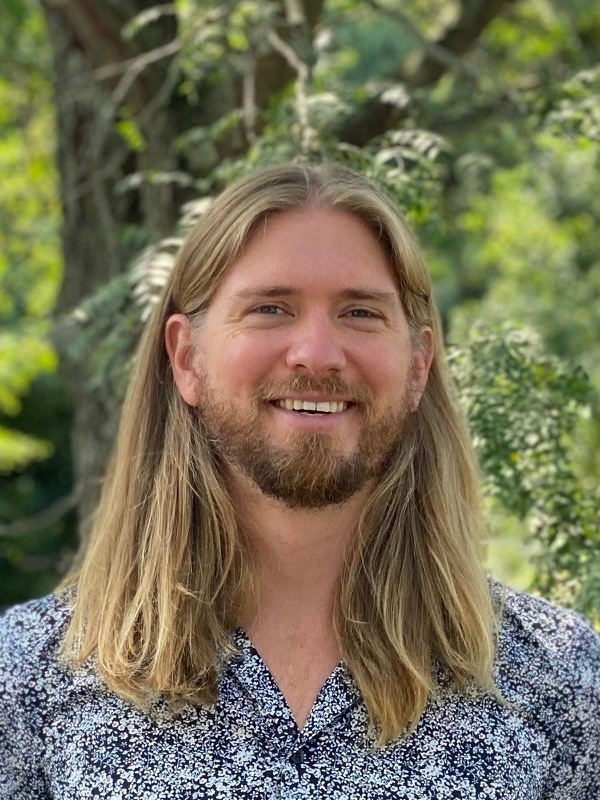 Daniel spends his days programming in R, digging in data and discovering solutions to support client decision-making. He develops custom data-centric apps for Splash’s clients that integrate proprietary data with machine learning and risk analysis. Prior to joining Splash, Daniel spent 4 years as a commodity analyst at Schneider Electric. There he developed and maintained forecasts for energy commodity prices, including electricity, coal, and carbon.

Daniel holds a Master’s Degree in Applied Economics from Oregon State University and a B.S. in Economics from Centre College. He lives in Louisville with his wife Sarah and their two daughters. 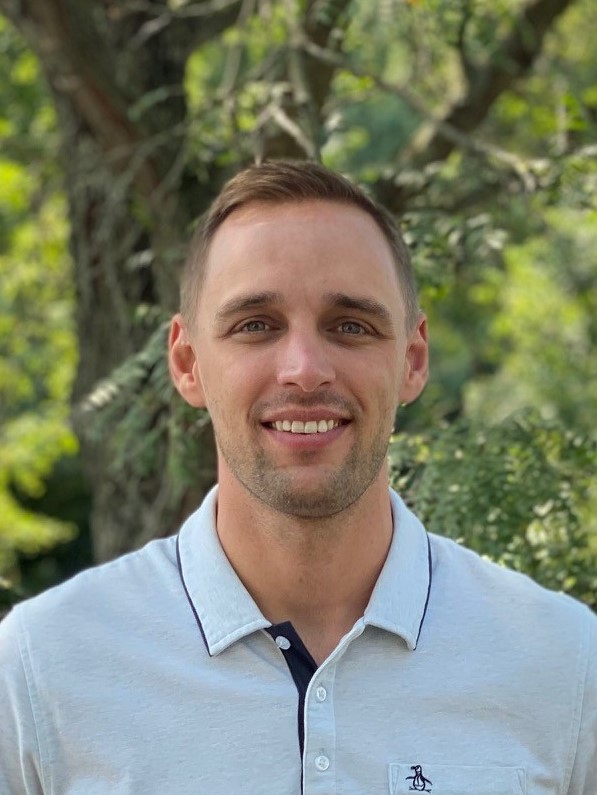 Connor has experience using data analytics to support the marketing and supply chain organizations of several Fortune 500 companies. Prior to joining Splash, he worked at Worldpay, where he developed predictive machine learning models in Python used for lead prioritization and optimizing speed to revenue. He also established innovative reporting in PowerBI and Tableau to deliver analysis on the performance of marketing initiatives. He specializes in translating raw data into actionable insights and identifying opportunities for growth. 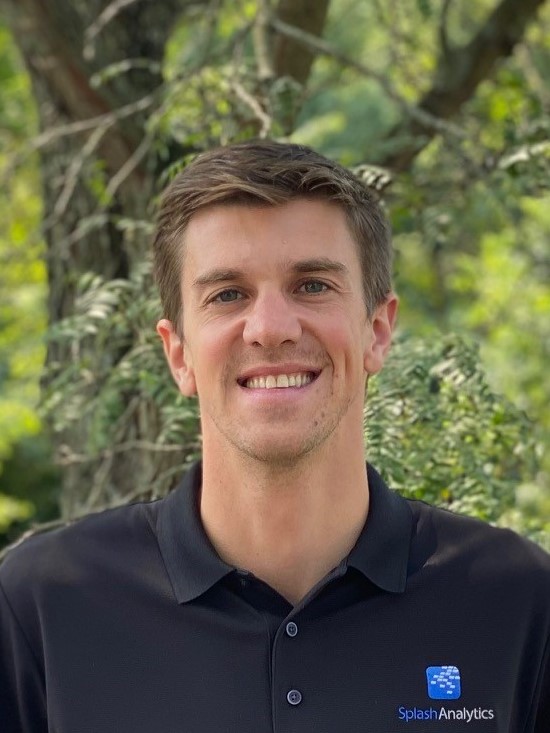 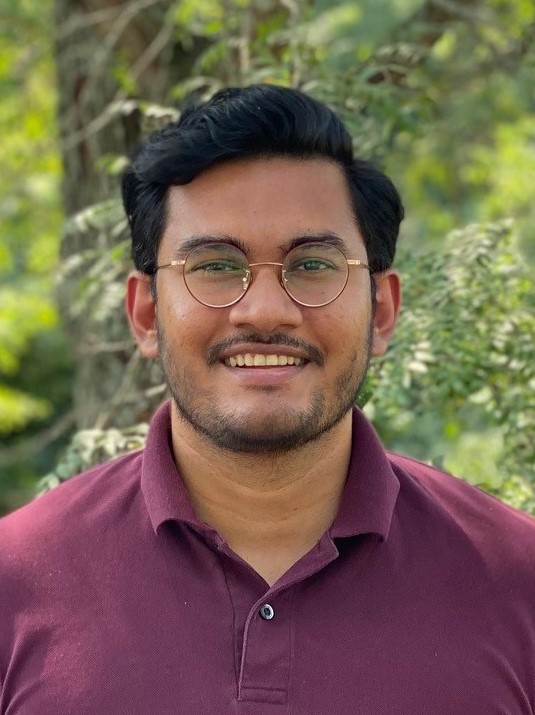 Adnan principally focuses his time on building data platforms & data infrastructure in distributed systems, developing batch & stream pipelines and creating open-source data visualizations. He has 6 years of experience working in IoT, cloud, robotics, data analytics & engineering in Singapore and has led requirements gathering and solution development efforts on a variety of projects across multiple verticals. In addition to his endeavors in the industry, he has a research portfolio of various publications in reputed journals like Elsevier & IEEE. He was awarded a talent green card (EB-1A) by the United States and currently lives in Louisville, KY.

Adnan holds a Bachelor’s Degree in Mechanical Engineering from Singapore University of Technology & Design. He was born in Bangladesh and loves keeping tabs on world affairs, NBA & European soccer.

Walker has worked in data analysis roles since 2013, when he began working as a data journalist at the St. Louis Post-Dispatch. In that position, he wrote data-driven stories on a range of subjects, performed analysis for colleagues, and built interactive graphics and web applications. After five-plus years in journalism, Walker then worked as a business intelligence analyst for a large manufacturing company and as a senior analyst at an advertising agency, where he focused on analyzing the effectiveness of digital media campaigns. During his career, Walker has primarily used Python, R, SQL and Tableau, among other tools.

Walker holds an M.S. in in Data Science from Indiana University, an M.A. in Journalism from the University of Missouri and a B.A. in Psychology and Communication from Rockhurst University in Kansas City. He lives in Milwaukee with his wife and daughter. 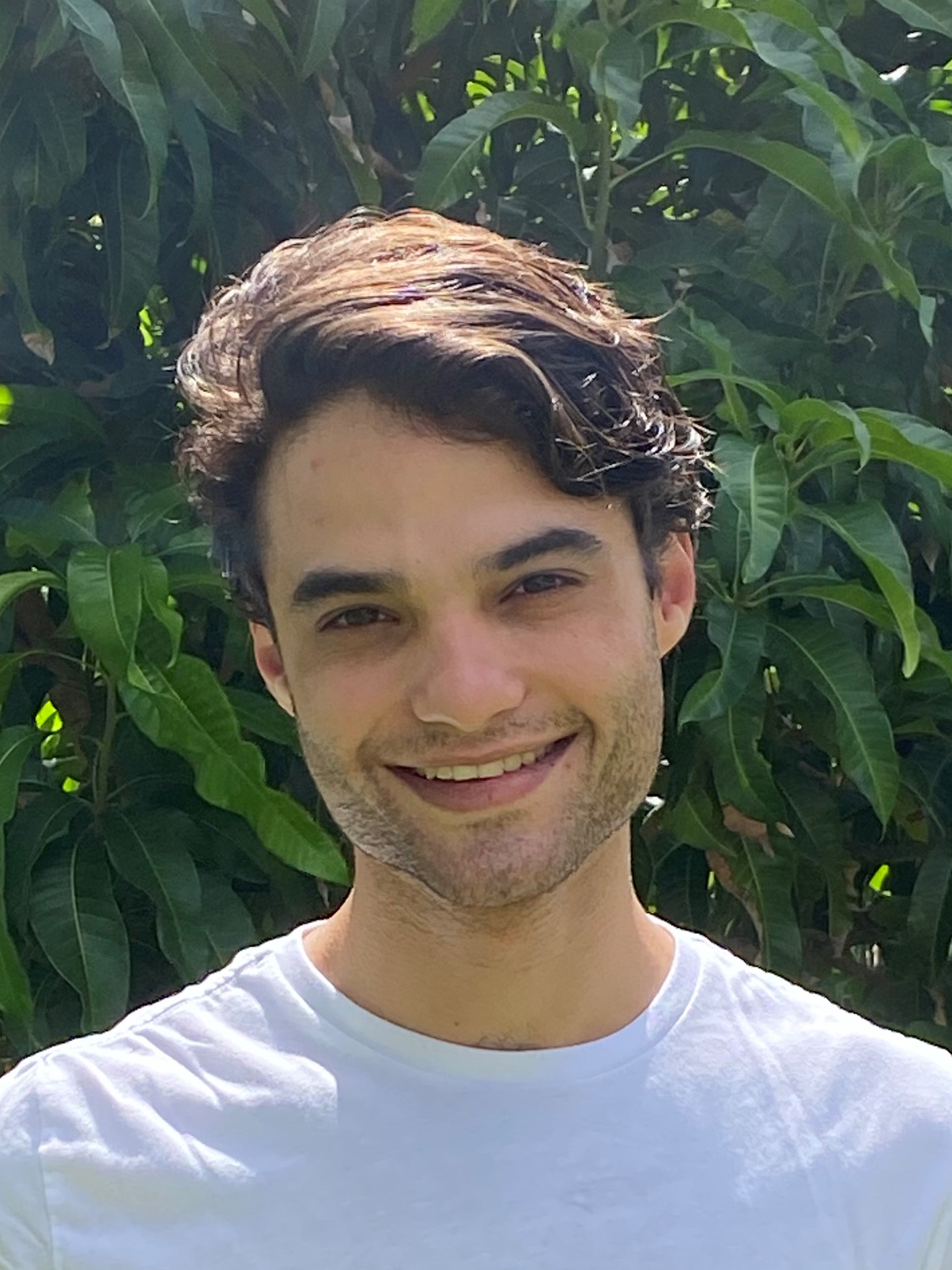 Gabriel has been working in Data Science roles since 2018, where he worked for a startup providing computer-vision based quality control for manufacturers. In that position he deployed a series of machine learning algorithms into production to accomplish his tasks. After the startup, Gabriel went on to work as a Data Scientist at NextEra Energy for 2 years where he gained experience developing and deploying machine learning based systems that could work successfully at scale. During his career, Gabriel has primarily worked with python, java, and SQL, among other tools.

Gabriel holds a B.S. in Finance with a minor in Statistics from Nova Southeastern University and is currently pursuing a master’s degree in data science from the University of Michigan. Gabriel has a particular proclivity for financial markets, blockchain technology, computer vision, generative learning, and art. 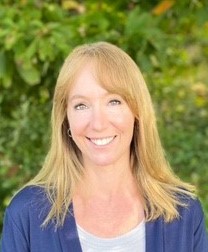 With more than twenty years in marketing management and analytics, Lori has a passion for helping clients uncover actionable insights to deliver business results and improve customer experience. Her experience includes nine years in manufacturing and distribution and eight years in the financial industry. She enjoys leveraging data to develop targeted marketing and optimization strategies, customer segmentation, report writing and SQL. 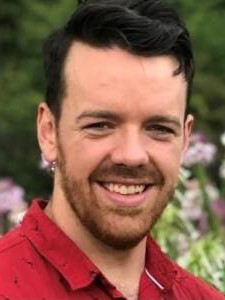 Greg began developing his analytics skills in 2014 while working in research labs. To streamline his analytic workflows, he self-taught R, and enjoyed this process so much that it led him to pursue a career in Data Science. From the lab he moved into a marketing agency and had the opportunity to work with a diverse set of clients including members of the Higher Education, Energy, Manufacturing, Health, and Fitness industries. It was here that Greg developed his skills in R Shiny by building client dashboards and internal analytics tools.

In more recent years, Greg worked at a Biotech Startup building predictive models of breast cancer and further developed his skills in Python and SQL. Now at Splash, he looks to leverage his skills in all three tools to provide immediate value to our clients.

Greg holds both a Ph.D. in Nutrition Sciences and a B.S. in Biology from the University of Connecticut. He currently lives in Chicago with his wife and two cats. 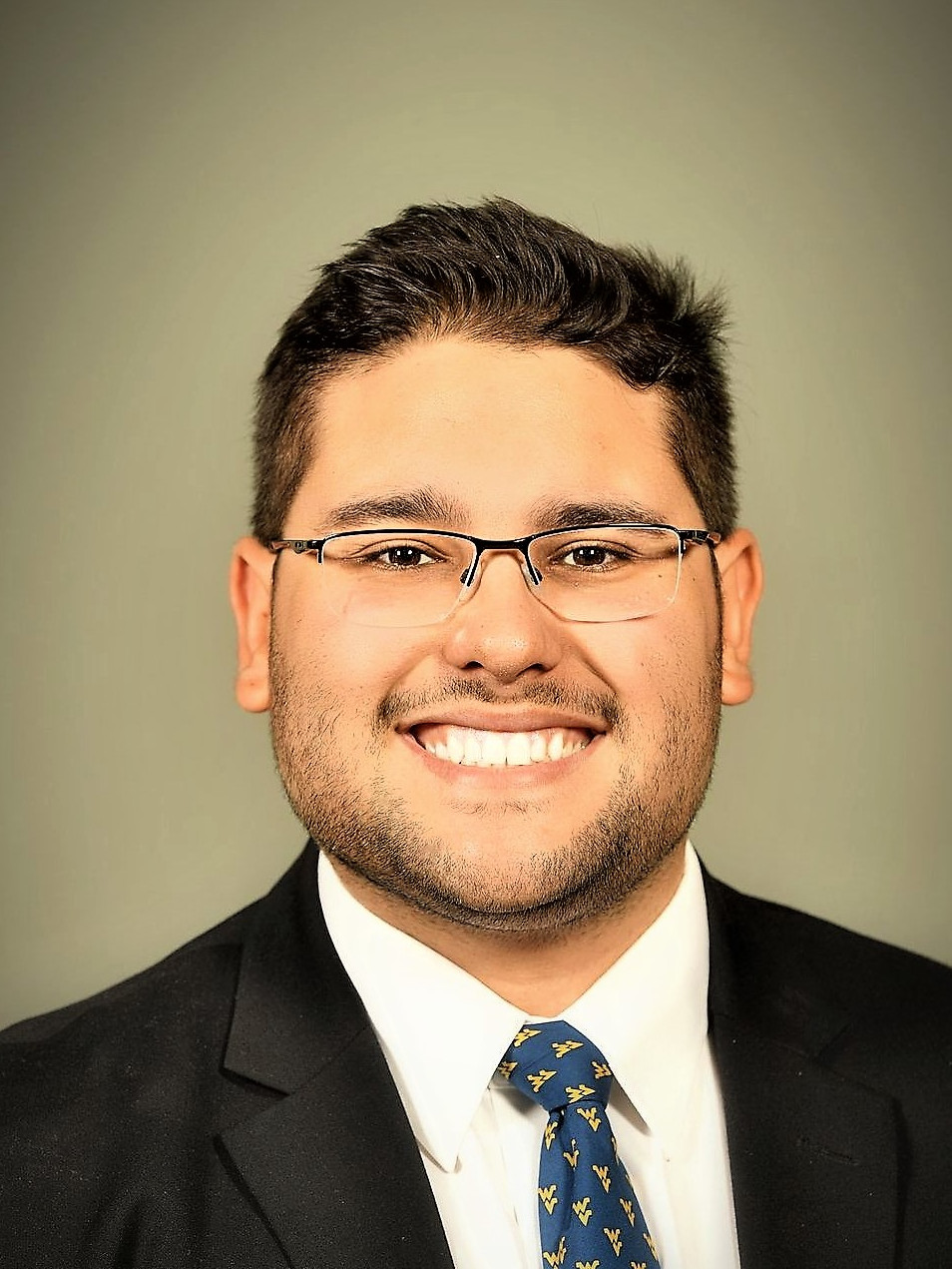 Ozan comes from a background in manufacturing excellence & supply chain analytics. Prior to Splash, he was in a leadership development program and finished rotations focused on business data analytics and manufacturing engineering. He worked projects to automate & standardize financial reporting across sites, eliminate excess & obsolete inventory throughout multiple warehouses, and support Lean Six Sigma initiatives on the manufacturing floor. His primary skillset lies in data analysis within SQL & Tableau/Power BI, and he’s also skilled with Python & R.

Ozan holds a Bachelor of Science in Industrial Engineering from West Virginia University. He was born in Izmir, Turkey and moved to Summersville, West Virginia during his elementary years.